Guests from around the UK celebrate Burns Night

Laurencekirk Burns Appreciation Group held their sixteenth Annual Burns Supper in Mearns Academy on Saturday night and were entertained to an thoroughly enjoyable evening of speeches and musical entertainment.

Over 100 people attended the event to celebrate the birth of the Bard with guest speakers from as far afield as Cambridgeshire and Newcastle and the entertainers from Kinross and Alford. Tich Frier was Chairman and compere for the night and thrilled the audience with his comical jokes and very amusing songs with address to a “Mealie Pudding” and “Porridge”.

The Immortal Memory by Phillip Cooke was well researched for someone who failed to find an ounce of Scottish DNA in his ancestry. Phillip travels extensively in Eastern Europe on business and is often struck by the fact Robert Burns is known for his works and poetry before the likes of Walter Scott, Shakespeare or Wordsworth.

Robert and Samantha Stark’s toast and reply to the lassies was debated with passion and rivalry with Samantha finally being the winner in the end. Samantha and Robert have a local connection with Laurencekirk, being the grandchildren of the late Roy and May Stark. 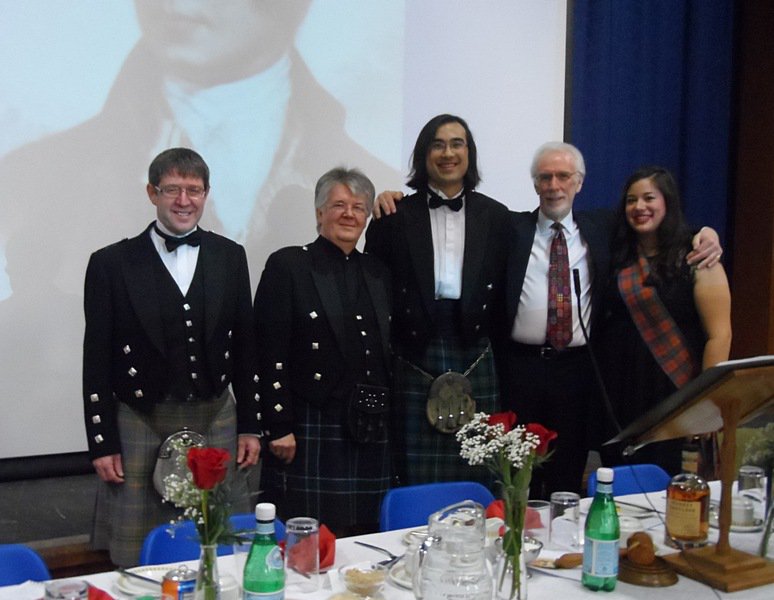