In April, community groups Laurencekirk Development Trust and Laurencekirk Villages in Control, in co-operation with Mearns Community Council, presented a long-term “Vision Plan” for the development of Laurencekirk over the next thirty years. At the meeting were local councillors, council officers and developers.

In a new effort to review these proposals involving the wider community and giving the vision plan added impact, they have now applied for government support to carry out an intensive planning process for Laurencekirk early in 2016.

Should the application be successful, the event, called “Charretteplus”, will be led by a team of professionals whose skills include community planning, land-use planning and community engagement. This group will be “parachuted” into the community for 3 or 4 days of intensive planning activity.

Laurencekirk has doubled its size in less than twenty years, and Aberdeenshire Council’s current strategy is to repeat this exercise over the next few decades. Laurencekirk was designed in the 1770s and shortcomings, for example in the width of the High Street, were noted by 1790! The layout is not perfect but to date no authority has fully analysed the needs of the current settlement or the projected requirements for a town of 6,000 people.

If we are successful in attracting this group of specialist consultants to the town we hope that they can, with the community’s help, produce a plan which will be embraced by both residents and planners, allowing a more considered Local Development Plan for the town and orderly progress in keeping with the community’s needs. This exercise will also welcome contributions from the other settlements in the Howe and the families in the catchment area of Mearns Academy. As the “hub-town of the Howe” we need to hear how our neighbours would like to see both facilities and opportunities improve.

Why “Charretteplus”? The word refers to an event at a Parisian architectural college where, in their final year, the students’ projects involved producing complex plans. This appeared to have been a last minute rush and a handcart was sent around the college to collect their efforts as the deadline approached. So we could call the charrette a “wee chariot”.

We will keep you posted of our progress. Meanwhile please think of the improvements you would like to see and the reasons you can give to support your ideas. 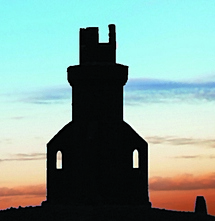