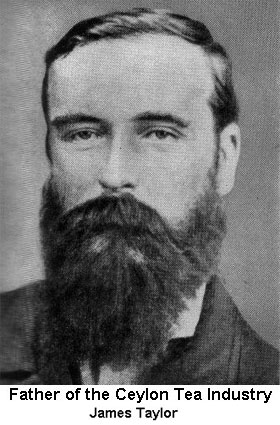 Scotland’s Tea Festival is celebrating tea, and it all came about because of James Taylor, who left Mosspark near Auchenblae in 1851 en route to work in Ceylon (now Sri Lanka). There he pioneered tea and became known as the Father of the Ceylon Tea Industry…wow!

Professor Angela McCarthy of Otago University has researched James Taylor and has generously given access to her research to advise and support the festival. She will be playing an active role in opening the festival at the James Taylor Exhibition in Auchenblae, speaking at the Opening Dinner, and giving a biographical talk on James Taylor. Professor Angela plays a full part in what is a unique festival in Scotland.

The full programme for this delicious 3-day event is at www.scotlandteafest.co.uk