Since the first Show in August 1826 the show has witnessed all kind of weather, but there were no complaints this year as the sun shone down on the Howe’s biggest social event of the year.

A good turnout of quality livestock kept the judges busy all morning, although the absence of the horses and ponies due to cases of infectious respiratory disease in the area meant it was quieter than usual.

It was great to see the first appearance at the show of the Howe o’ the Mearns Pipe Band in full dress, under the leadership of David Duncan.

Vintage agricultural vehicles have been a feature of the Show for many years, but this year’s pageant of agriculture through the ages gave the audience a great demonstration of the progress made by engineers over the decades. The project was the idea of Harry Lindsay, Waterside of Phesdo, who deserves congratulations for its success.

A new children’s Educational Centre gave a great opportunity for the next generation to learn more about farming and food production.

The return of heavyweight athletes from the Highland Games circuit was also welcomed this year and added to the other activities in the ring. Peter Myles from Dalbog once more acted as commentator and roving reporter.

The event was completed by a successful marquee dance to the music of DNA.

Congratulations to the farming community of North Angus and the Mearns for another successful and entertaining Show. 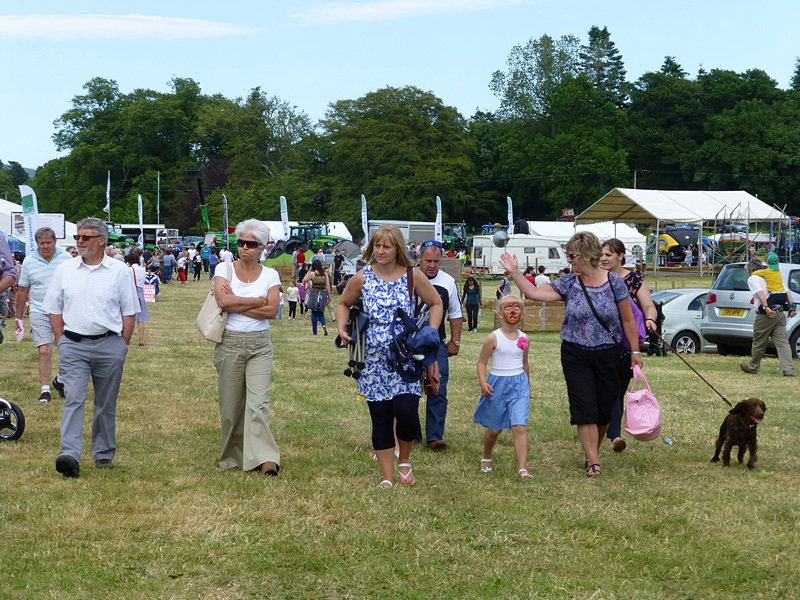 A few visitors to the Fettercairn Show.