At the monthly Heritage Club meeting in the Burgh Buildings on Wednesday evening the members welcomed Dr Mike Mitchell and Colin Barr.

Mike is a native of the Mearns who has enjoyed a diverse career in public transport culminating as Director General of Transport for England and Wales. His latest publication takes him back to his roots in Bervie with “The Montrose and Bervie Railway, A Study of Transport in South-East Kincardineshire 1770-1966”.

Mike delivered an illustrated talk which focused on some of the characters who played vital roles in this particular part of our local history.

Colin Barr from the History Department of Aberdeen University came to inform the members about a proposed degree course in Local History which is at an early stage of development. This utilises the very significant archives held by the University library and museum as well as other local resources. 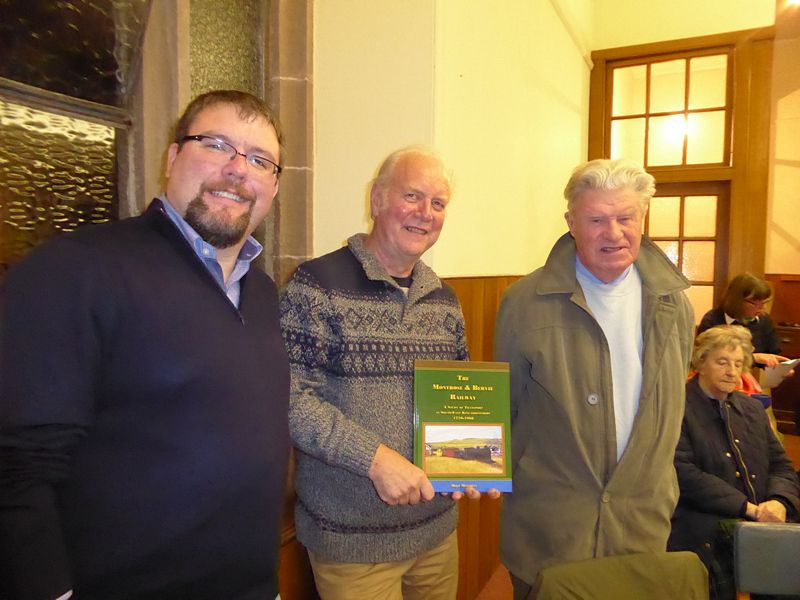 Local events can be added to the calendar.