The Hall and its library were donated in 1898 to the residents of Edzell, Glenesk and Glen Lethnot and Navar by Robert Inglis, a local son of the manse with a successful career in the London Stock Exchange behind him. The newly restored library tells the story of the Inglis family and that of the hall and library. With six thousand books selected by Inglis himself he tailored the subjects to match the interests of the local population.

A grand opening was held with an extravagant dinner and firework display, and in order to accommodate the folk in Glenesk a second, similar party was repeated in the Tarfside Hall.

Rachel Benvie, the curator of Montrose and Brechin, is to be congratulated on delivering such a successful project and providing a further attraction to the village. The volunteers staff the library museum from 2 to 4 pm- phone 01356 625536 to confirm the opening days. 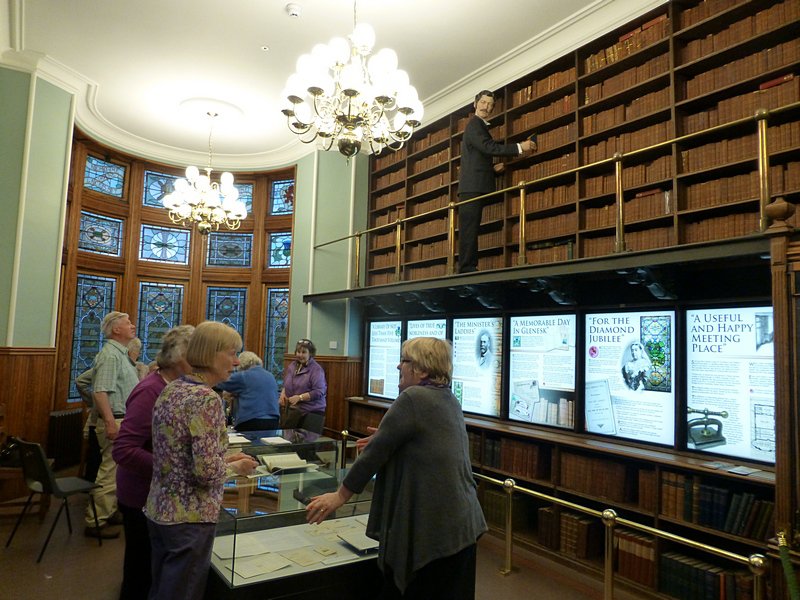