On the 12th May Laurencekirk Bowling Club welcomed 32 bowlers from a variety of local clubs, and further afield, to compete in the John McNicoll Open 7 Ends Single competition sponsored by ScotMid. The competition was so named in honour of the Club’s long standing member and Past President who passed away last year.

In the semi finals Dave Keith overcame John Thorley by 8 shots to 3, while Tracy McGillivary beat Si Jamieson by 7 shots to 3. The final was a keenly fought affair and ended with Dave beating Tracy by 7 shots to 2, a result which perhaps did not reflect the closeness of the game.

The winner and runner up are pictured with Club President, Margaret McNicoll. 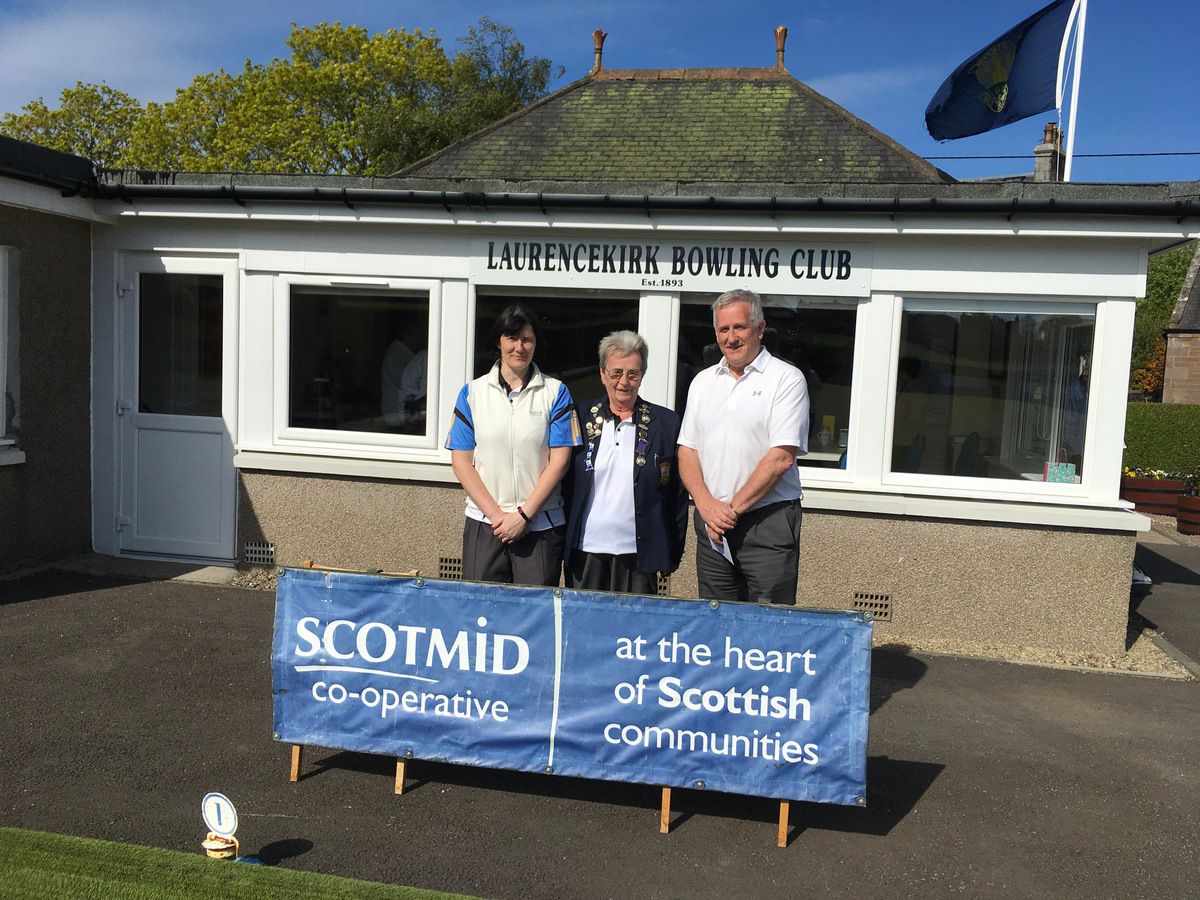