Laurencekirk BC Triumph in Barclay Harvey

On Monday 18th June Laurencekirk Bowling Club men’s double rink and a ladies’ triple contested both Barclay Harvey finals staged on the Laurencekirk green, the men facing Westhill, while the ladies played Stonehaven. A cold, blustery wind made the bowling conditions very tricky, but all the teams involved produced some excellent bowls. At the end of the evening, Laurencekirk men overcame Westhill with an overall score of 35 shots to 27, while the ladies beat the Stonehaven triple by 18 shots to 12. This competition was inaugurated in 1925, and Laurencekirk were the initial winners, so it is perhaps appropriate that they should triumph in the year of the Club’s 125th Anniversary. 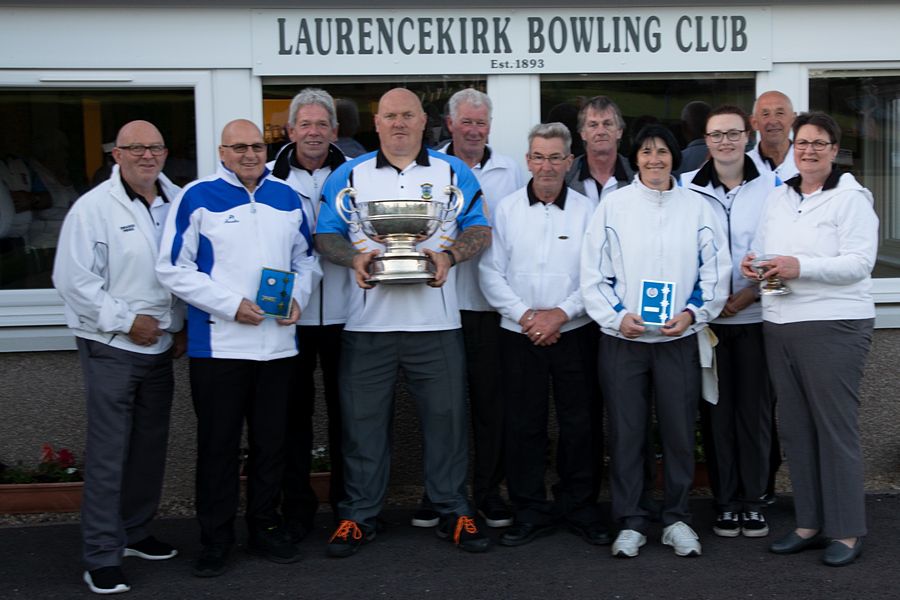