On Sunday 1st September, the Laurencekirk club held its annual charity 7 ends competition, sponsored by Ian Greig of Mearns Motors. The club’s charity of choice for this year is Parkinson’s Scotland.

After some very competitive bowling, the semi-finalists to come through were Molly Lownie of Bervie BC, Irene MacPhail of Laurencekirk BC and Sye and Christine Jamieson from St. Cyrus BC. Molly was too strong for Christine and won by 9 shots to 2, but the other semi-final was a much closer-run affair with Irene only overcoming Sye by 6 shots to 5 after an extra end was needed to separate the two. The final was also a very well contested match and when Molly trailed the jack on the last end, it seemed that she had secured the 2 shots necessary to force an extra end. However, one of Irene’s bowls just beat Molly’s second, and so Irene triumphed by 5 shots to 4.

Club President, Margaret McNicoll, presented the trophy and commemorative glass and she is pictured with the winner and runner-up. 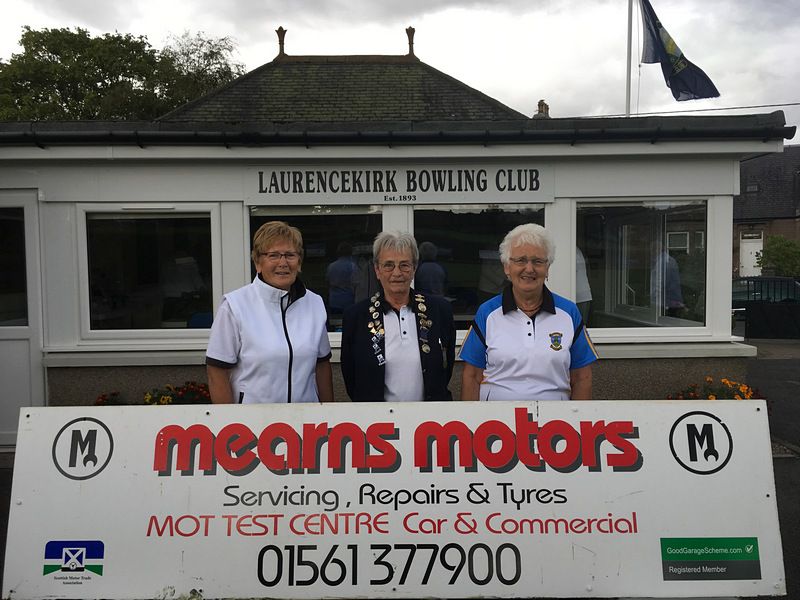