On Sunday 19th April, Laurencekirk Bowling Club officially opened their Green for the 2015 season. Approximately 40 members attended on what was eventually a fine, sunny afternoon. Doug Henderson, retired Greenkeeper, had the honour of rolling the first jack, and he is pictured here along with Club President, Betty Ritchie and some of the members. 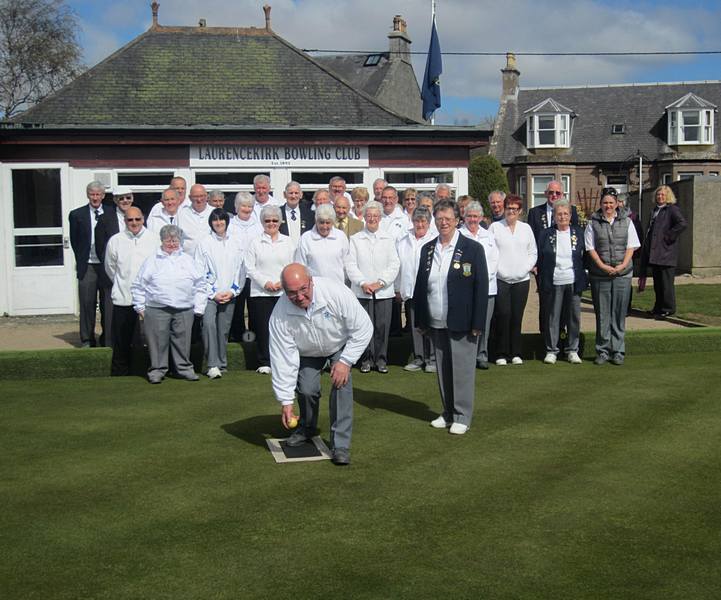