The inaugural final of the Bob Blyth Memorial Trophy was played on Friday 27th August, before a good number of spectators, between Si Jamieson and John Simpson. It turned out to be a closely contested game, although for the first half it looked like Si was going to triumph very quickly, being 10 shots to 1 ahead at one point. However, John kept plugging away and eventually took the lead after playing a tremendous conversion bowl to take 4 shots. He then went on to win the game 21-19.

Bob Blyth’s daughter Phyllis Barclay presented the trophy donated to the club in memory of her father, to the inaugural winner, John Simpson.

Phyllis is pictured with the finalists after having presented the trophy. 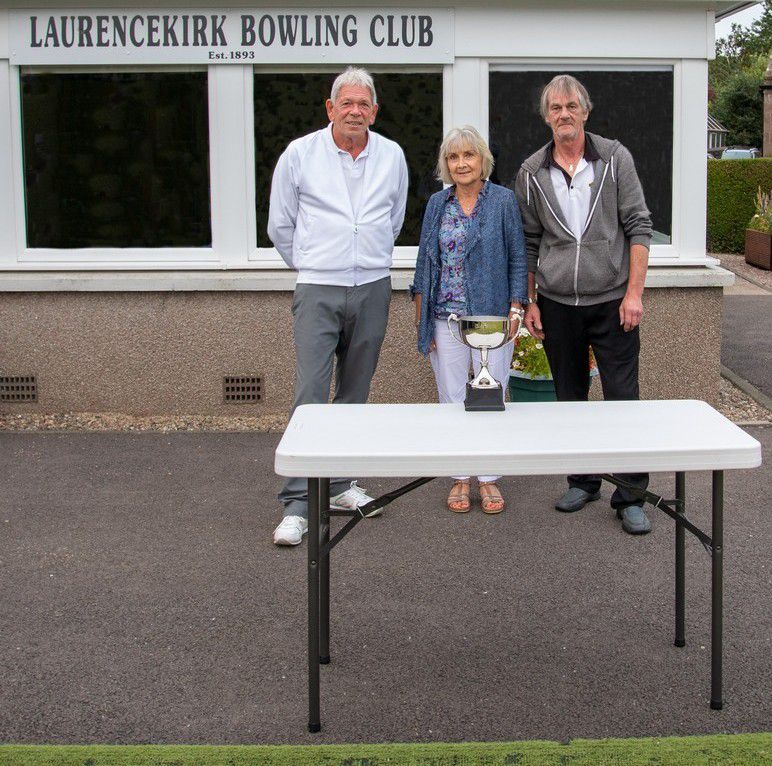