Laurencekirk Bowling Club’s first open competition of the season took place on Sunday 7th May. Thirty two bowlers took part on what was a cold, blustery day, although this did not affect the standard of the bowling. After a round robin competition to decide the quarter finalists, Tracy McGillivary and John Henderson from Laurencekirk, Andy Barber from Edzell and Bervie’s Dave Keith emerged as semi-finalists. John Henderson triumphed over Tracy McGillivary by 9 shots to 3, while Dave Keith squeaked home against Andy Barber after having to play and extra end to decide the game.

On the seventh end of a close run final, John took the shot to level the game at 5-5, and force an extra end. However, Dave proved too strong and won the competition by taking three shots on the extra end.

The winner and runner-up are pictured with Club President Margaret McNicoll who presented the prizes. 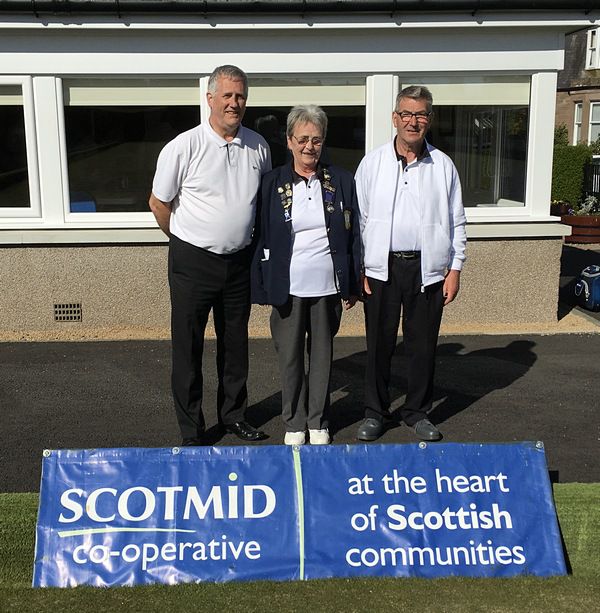