The round robin competition to decide the quarter finalists ended with the unusual situation of only Laurencekirk bowlers going through. The quarter finals concluded with Bill Russell, Mary Wink, Ian Neish and Willie Robb progressing to the semi finals. In a close run match, Mary Wink defeated Bill Russell by 5 shots to 3, cementing the win by taking 1 shot in the last end on a measure.

The winner and runner-up are pictured with Club President Margaret McNicoll who presented the prizes. 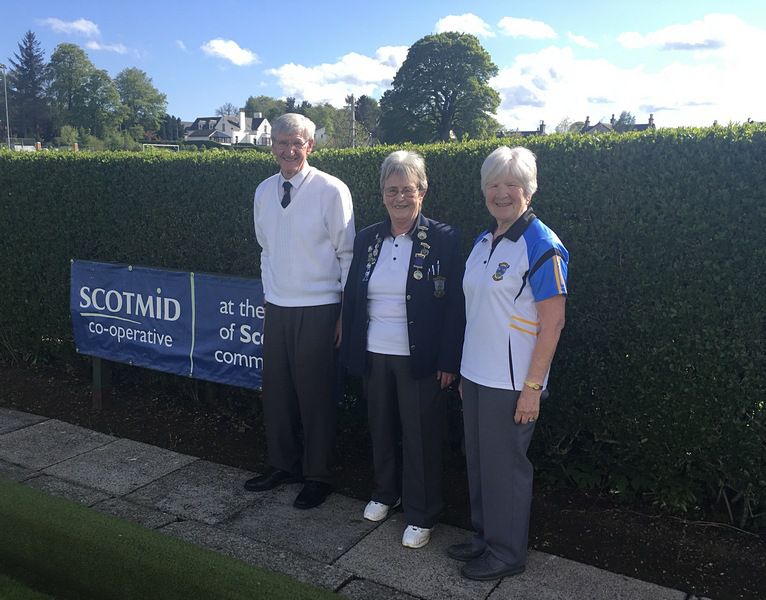