On Sunday 7th July Laurencekirk Bowling Club welcomed 24 teams from around the Mearns and further afield to the annual open pairs competition sponsored by local firm, CNG Design. The weather was cloudy and cool for most of the day, but did not affect some excellent bowling. After 3 rounds the 6 group winners plus the 2 best runners up went through to the quarter finals – Ruthrieston (Aberdeen), Kincardine O’Neil, St Cyrus, a combined Stonehaven / Bervie team and 4 Laurencekirk teams.

The 4 teams to emerge after hard fought quarter finals were Ian Neish and Bill Russell (Laurencekirk), Derek Pittendreigh and Ronnie Bruce (Kincardine O’Neil), Steve and Tracy McGillivary (Laurencekirk) and Graeme Penny (Stonehaven) with Mo Black (Bervie). The first semi final featured the Kincardine O’Neil pair and the Laurencekirk duo of Ian Neish and Bill Russell. Despite scoring a 4 on the last end, the Laurencekirk pair just fell short by one shot – 7 shots to 8. In the second semi final, the combined Stonehaven / Bervie team raced to a 9-1 lead after 5 ends, and despite a comeback of 5 shots in the last 2 ends, the McGillivary’s from Laurencekirk went down 6 – 9. In a well contested and low scoring final, The Kincardine O’Neil team triumphed by 5 shots to 2.

The winners and runners up are pictured with sponsor CNG Design’s Managing Director, Chris Graham and Laurencekirk President, Margaret McNicoll. 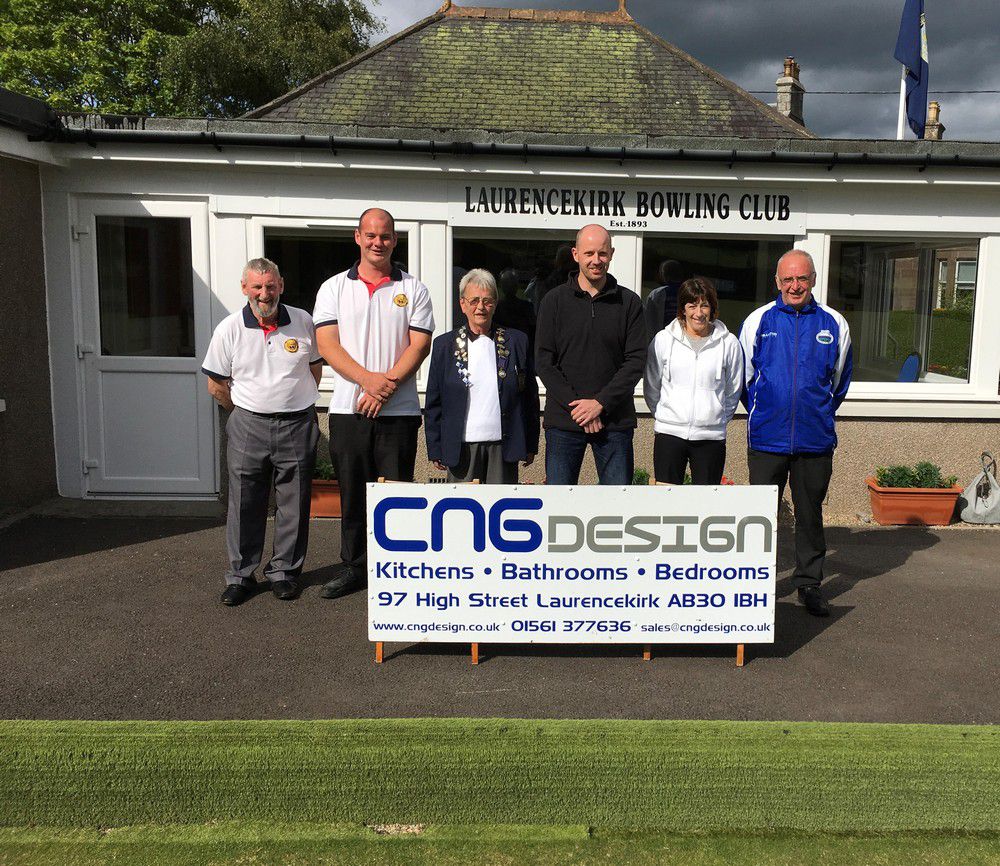