Parkview took an early lead in the final, and went into the last end leading by 6 shots to 3. Despite a valiant effort, Drumlithie just failed to get the 3 shots necessary to force an extra end and Parkview ran out narrow winners by 6 shots to 5.

Pictured are the winners, Gordon Duncan and Barry Leal of Brechin Parkview, runners up, Ian Petrie and Donald Carmichael of Drumlithie, along with Chris Graham, owner of CNG Design, who presented the prizes, and Club President, Betty Ritchie. 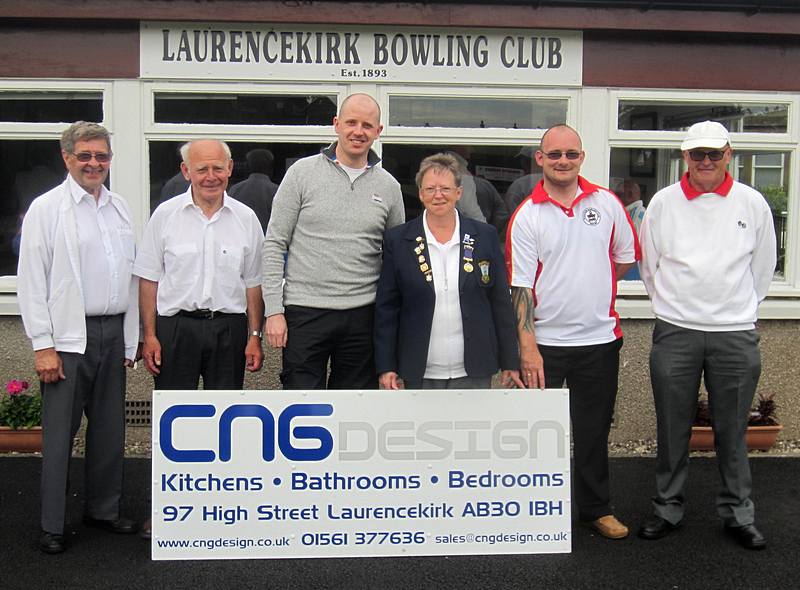