As part of the Cub’s 125th Anniversary, the Open Triples competition, sponsored by Neil Ingram, Joiner and Funeral Director, was held on Sunday 10th June. An entry of 20 teams, hailing from the Mearns and further afield, started the competition on what was a cool and overcast day. The competition was played in a round robin format of 5 sections up to the quarterfinal stage, the five section winners and the best three runners up completing the quarterfinalists. After very competitive quarterfinals, the four teams to emerge as semi-finalists were from Bervie, Brechin Parkview, Newtonhill and St Cyrus. In the semi-finals Parkview beat Bervie by 4 shots to 2, while Newtonhill overcame St Cyrus winning by 6 shots to 3.

Neil Ingram presented the prizes, and is pictured below with the finalists. 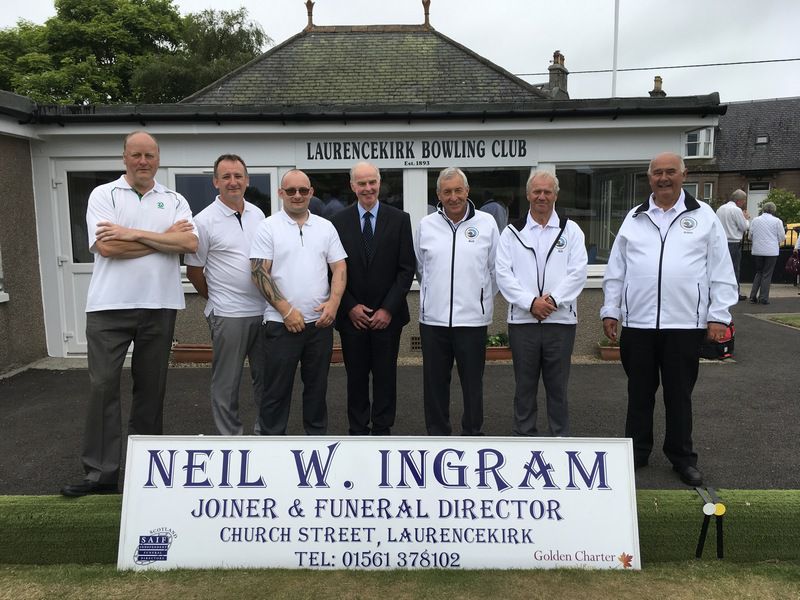