Despite there being no Laurencekirk Gala again this year, the Club decided continue with their traditional Gala event on Sunday 16th July. There were 25 entries in the singles knockout competition, and the final was contested by Laurencekirk’s Steve McGillivary and David Ritchie from Hillside. Steve won a closely contested final, and is pictured with the runner up and Club President Margaret McNicoll who presented the prizes. 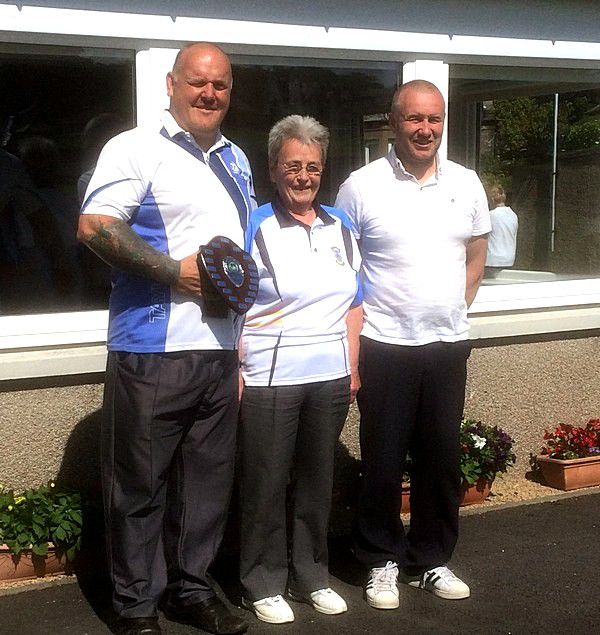