At Laurencekirk Business Club’s latest meeting, members continued the planning for this year’s Bonfire Night & Fireworks display. Following on from the success of last year’s event, the club are aiming to make this year even bigger and better! The event, which thanks to owner John McWilliams will be in the same field as last year, will take place on Saturday 8th November from 6pm.

The Howe o’ the Mearns Pipe band will be opening the event, and local radio station Mearns FM will be compèring the evening’s entertainment. Laurencekirk Fire brigade, local police and First Response will also be on hand to ensure a safe environment.

There was a huge demand for food at last year’s event, and this year it will be provided by experienced event caterers G & M Whyte of Keith.

To ensure everyone can see what they’re doing, there will be professional lighting on site. Glow in the dark goodies, hugely popular last year, will once again be available on the night.

Laurencekirk Primary School pupils will once again be taking part in the ‘Build the Guy’ competition. Once made, the Guy (who was named Cedric last year) will be on display at Mearns Hardware until the bonfire.

Fundraising for the event is ongoing, and has been boosted by a pledge of £1000 from local business Blaze Manufacturing.

The other main business of the club meeting was a change of office bearers. Linda Farqhuarson has stood down as Chairwoman, with Marion Robson and Janet Buxton taking joint interim Chair until the next AGM in January. The committee have thanked Linda for her services to the club, and commended her on her drive, positivity and communication skills. Vice Chair Fiona Moore also stood down, but remains a valuable member of the club.

The next club meeting, later this month, will see the Bonfire night plans finalised. Check the Facebook page for news. 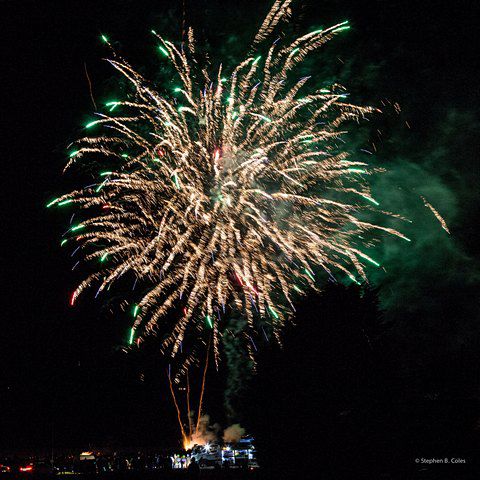