Laurencekirk Rotary Club said “On Your Bike!” to Prostate cancer

With Prostate Cancer claiming the lives of up to 30 men each day in the UK, it’s one of the most common male-specific illnesses in the country, and the second biggest killer after lung cancer. That’s why on Father’s Day Laurencekirk Rotary Club got on their bike to join 20,000 riders from across the UK to take part in the national fundraising effort and biggest cycling event of its kind, the ‘Rotary Ride’.

Over seventy people from the Howe took part in the Rotary Club of Laurencekirk’s Sponsored Cycle Run and helped to raise over £2,000 for Prostate Cancer Scotland.

The day saw three separate events: a return circuit to Montrose, a Howe circle and a children’s event round Denlethen Wood. All competitors received a generous fall of rain but completed the courses smiling and ready to take part in Aberdeenshire’s final event in “Bike Week”, where they had the opportunity to ride a range of unusual bikes and receive advice from the experts.

The Rotary Ride was a nationwide event organised by Rotary International in Great Britain and Ireland, and helped to raise money and awareness of prostate cancer, a disease that currently affects one in eight men during their lifetime, with over 300,000 men in the UK currently living with the disease.

Over 250 events took place across Great Britain and Ireland, including family fun days, enthusiast coastal routes and even static rides at local gyms and sports centres.

Mike Robson, from the Rotary Club of Laurencekirk explains: “It was a great day out for everyone involved and we’re delighted that so many people came out to help us support the Rotary Ride. Prostate cancer not only affects men, but the families and friends of those with this disease that is why we pledged to do something about it.

“We’d like to not only thank those who took part but everyone who donated money to help us raise this fantastic sum. It will go a long way to supporting this worthwhile cause. We would also accord our appreciation of the Laurencekirk First Responders team who were present at all three events.”

For more information, or to see how you can get involved next year visit www.rotaryride.org.uk. 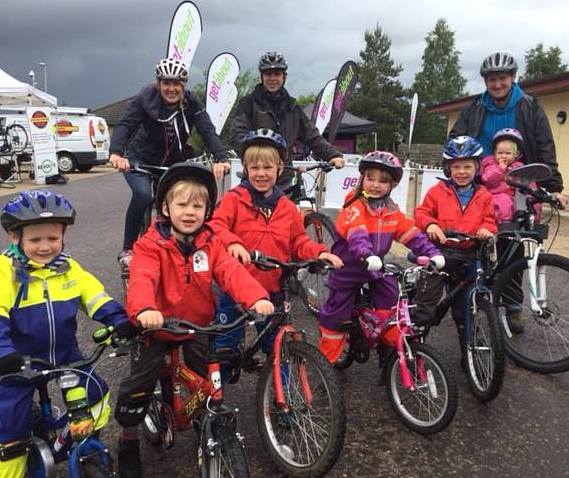