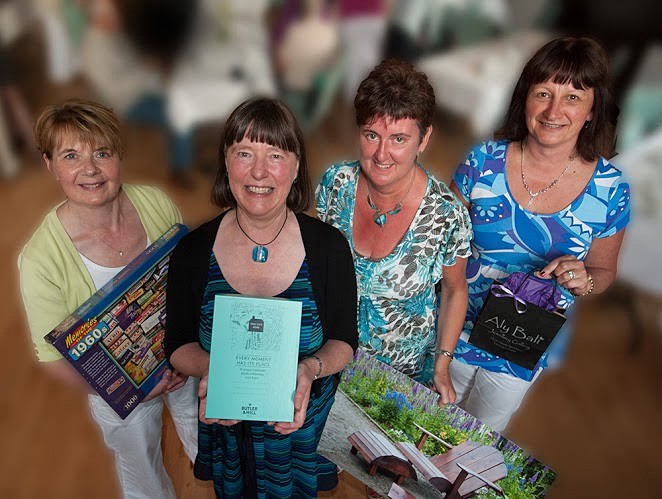 Janet Buxton arrived, as Janet Haughs, to manage the Laurencekirk Branch of Charles Michies thirty six years ago.  She soon settled in and found the natives a friendly and only mildly eccentric bunch.

The regular consumption of large volumes of medicines seems to be part of modern longevity, but Janet is too professional to reveal how many pills the community has consumed during her watch.

At her retirement presentation in the Dickson Hall, her colleagues and friends presented gifts purchased from a public collection organised by colleague, Carol Clark.

Janet and husband Peter are looking forward to their retirement at their home near Fordoun (it has one of the very best views of the Howe).