Some 7 members of the Mearns 50+ Walking group set off on a very blustery morning from the Beach Splash Park on the seafront at Traill Drive Montrose. Group leader was Gladys Johnson. A shorter walk was led by Denis Bell and Ian Davidson.

Their walk initially took them via the beach path to Cobden Street where they passed the grave of Bamse. 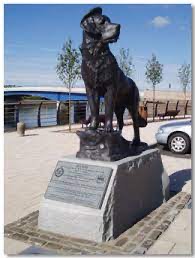 Bamse was the huge St Bernard dog who lived during the 2nd World War. He was owned by Captain Hafto of the Norwegian Navy and went to sea with him on the minesweeper Thorodd during the war. He achieved legendary status in Montrose where the Thorodd was stationed, as tales of his adventures, courage and kindness spread. The Bamse story was brought to the attention of the Montrose Heritage Trust by Mrs Henry King. As a member of the Montrose Port Authority board, she first heard about some of the exploits of Bamse during the 2nd World War from Captain Johansen, the then harbour master.

When the dog died and and was buried in the town, Mrs King thought that the details that had been recounted would make a wonderful story and excellent publicity for Montrose.

In 2008 a book on Bamse – Sea Dog Bamse – was published by Birlinn and written by Angus Whitson and Andrew Orr. The stories are set against the background of the invasion of Norway and the escape of many to the UK. It’s a great read and already over 4000 copies have been sold all over the world.

From there the walkers continued onto Ferry Road and Wharf Street and had their photo taken by the Seafarer Statue – a memorial built by William Lamb as a tribute to seamen of Montrose and Ferryden. 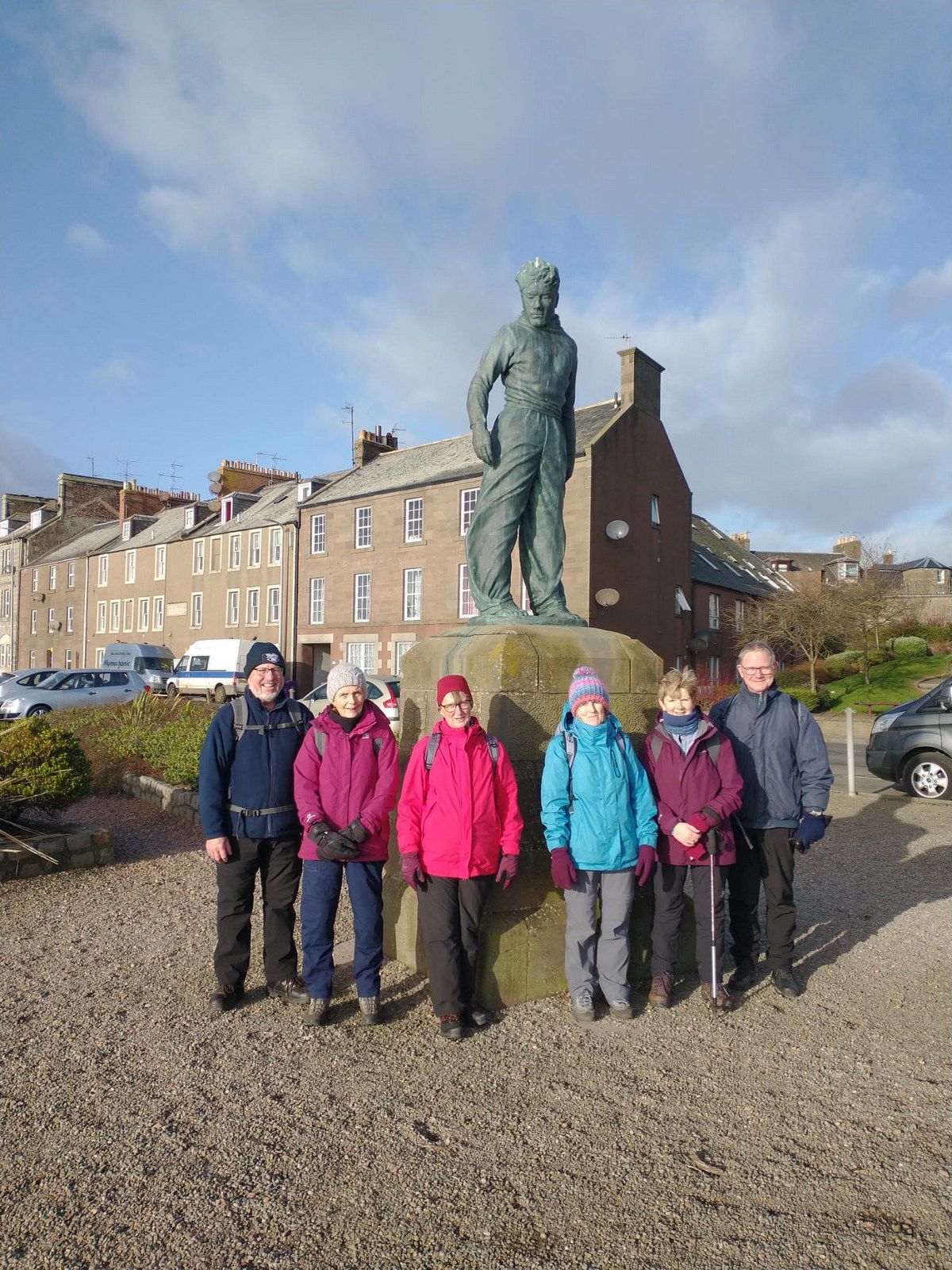 They proceeded to cross the bridge over the South Esk at Montrose before turning onto Croft Road at the seaward side of Rossie Island. They then passed through the reclaimed land used now for oil and port related industry.

After entering Ferryden, the walkers climbed the steps to St Brioc Way onto Craig Road before turning left towards Inchbrayock House which is a Listed Building. This has been built on the site of an old manse which had been built in 1638. Renowned Aberdeen Architect Archibald Simpson enlarged this two-storey regency villa in 1813.

From Usan road the group turned onto a path heading towards Scurdie Ness. After lunch, on the path, sheltering in the lee of the wind they descended on to the paved path to Scurdie Ness Lighthouse.

The word Scurdie is a local word for the volcanic rock found there and Ness means a promontory, cape or headland. The coastline from Scurdie Ness to Rickle Craig has been designated a Site of Special Scientific Interest. The stone tower lighthouse was built in 1870 by David Stevenson to a height of 39 metres and is operated by the Northern Lighthouse board – a category B listed building. In 1987 the lighthouse with a range of 23 nautical miles became automated. To the seaward side of the lighthouse there is a cairn to the The Great Outdoors Challenge, an annual cross- Scotland backpack, which many entrants complete at this point. 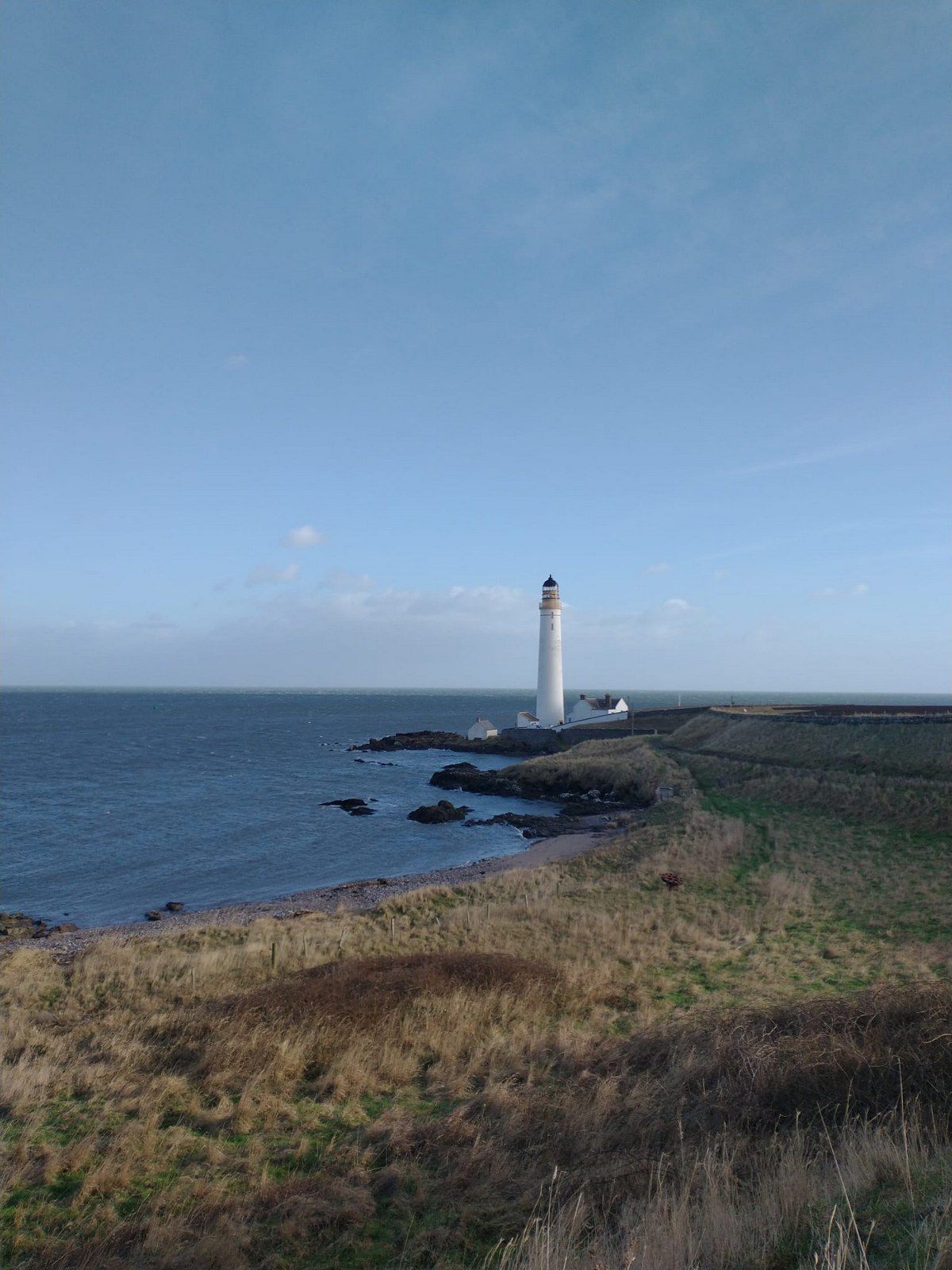 The return journey followed much the same route, as high tide and strong westerly wind made the Basin Road round Ferryden inadvisable. The route covered 7.3 miles.

The group meet again on Tuesday 15th February. This walk will be led by Allan Smith and members travelling directly are asked to meet at Brechin Castle Garden Centre car park at the area where the buses usually park. The Community Bus will leave the Burgh Buildings at 10.00 am.