On Tuesday we met up at Brechin Castle Garden Centre for walks led by Allan and Stewart. The longer walk set off first, following the Brechin Path Network to the north of Brechin along the old Forfar railway line.  The catkins were flowering in profusion along the route.  It was a cold morning with a dusting of snow on the hills, but the sun was high and it was a lovely morning to be out.  We followed the path past the new High School and across Trinity Road to the Distillery where there was just the faint smell of something warming in the atmosphere – the angels’ share perhaps!

Past the BMX track, to Drumachlie Loan and onto Montrose Street.  We had to wait while a wide load from Montrose passed with huge pipework structures on board headed for Aberdeen, perhaps.  We then waited while the huge queue of traffic trapped behind it, passed by.  Our route continued down the Millie Brae following the path used by of hundreds of people previously employed in East Mills, a 19th Century Flax mill next to the river.  A pleasant stroll along East Mill Road led to the bridge across the South Esk. This was first built in the 13th century and widened in 1786. It was further upgraded about 20 years ago and continues to be the main route into Brechin from the south. What a feat of engineering!

We turned west onto the minor road following the walls of the Castle grounds before turning in at the South Gatehouse to walk through the Castle Policies.  Everywhere there was evidence of recently felled timber and cleared paths.  As we approached some pheasant feeding stations, we startled some deer which dashed across our path. 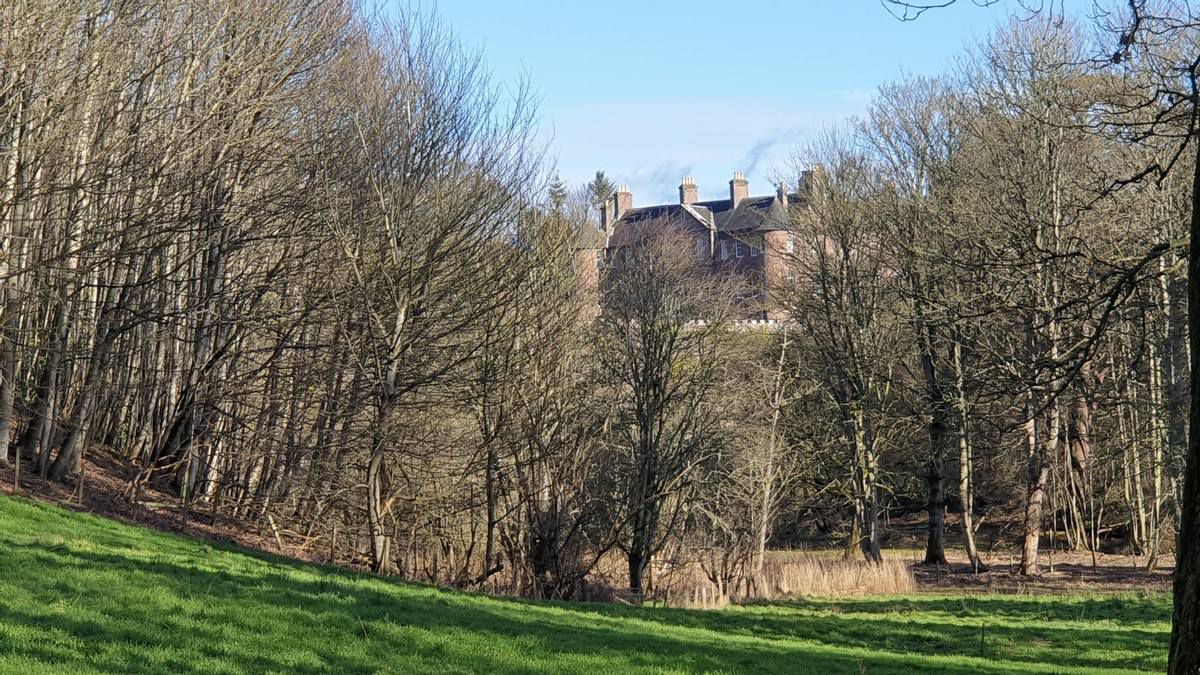 We stopped for a bite to eat on a fallen tree trunk with a gentle spring to it – making a handy perch for us.  After lunch, we moved out of the conifer plantation to more open parkland with views back to the castle and forward to the Image Bridge. This must be a lovely focal point from the castle and was first built in 1797 and restored in 1890.  It has interesting statues in niches below the bridge.  The river here is broad and meandering with a well-defined slip-off slope downstream.  The broad meadow must be a lovely picnic spot in summer. 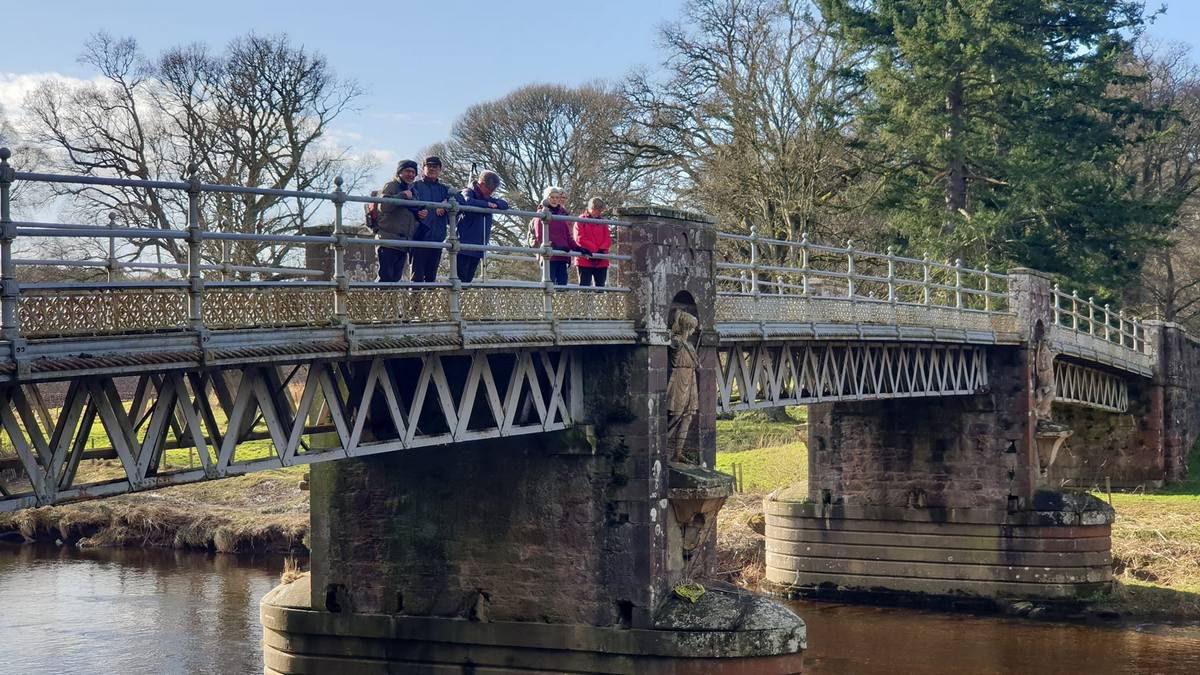 We continued onto an avenue of very impressive redwoods – or Sequoias – which had withstood the most recent storms as well as earlier storms. The ground was carpeted in snowdrops where previous gaps in the canopy had allowed light through to the woodland floor.  Much of the woodland in the Policies had been planted after the Great Storm of 31st January 1953 when wind speeds of 126 mph were recorded in Scotland. We were able to verify this by counting the growth rings on the fallen timber, including several beech trees which had been cut and stacked, which showed they were around 70 years old.

We spotted some red kites soaring against the blue sky and heard buzzards as they circled in the thermals. 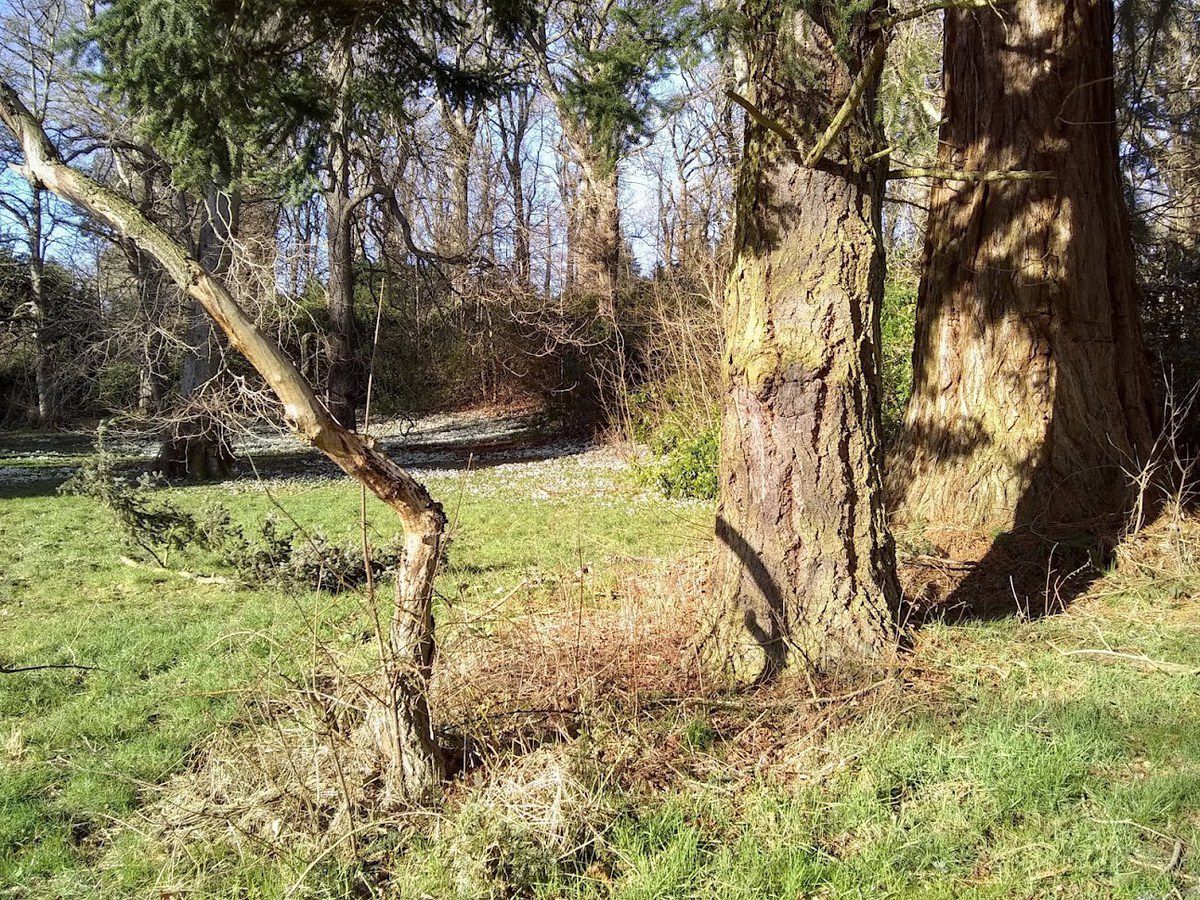 We moved out of the Castle grounds onto the road for a short distance before turning onto Haughmuir and making our way back to the Castle Garden Centre and a welcome coffee stop.

The short walk group had returned before us and were waiting very patiently in the Minibus.

Many thanks to the walk organiser, Allan Smith for planning such an interesting route around Brechin.  The next walk will be at St Cyrus, parking at the Bowling Club and not the Visitor Centre as previously stated. 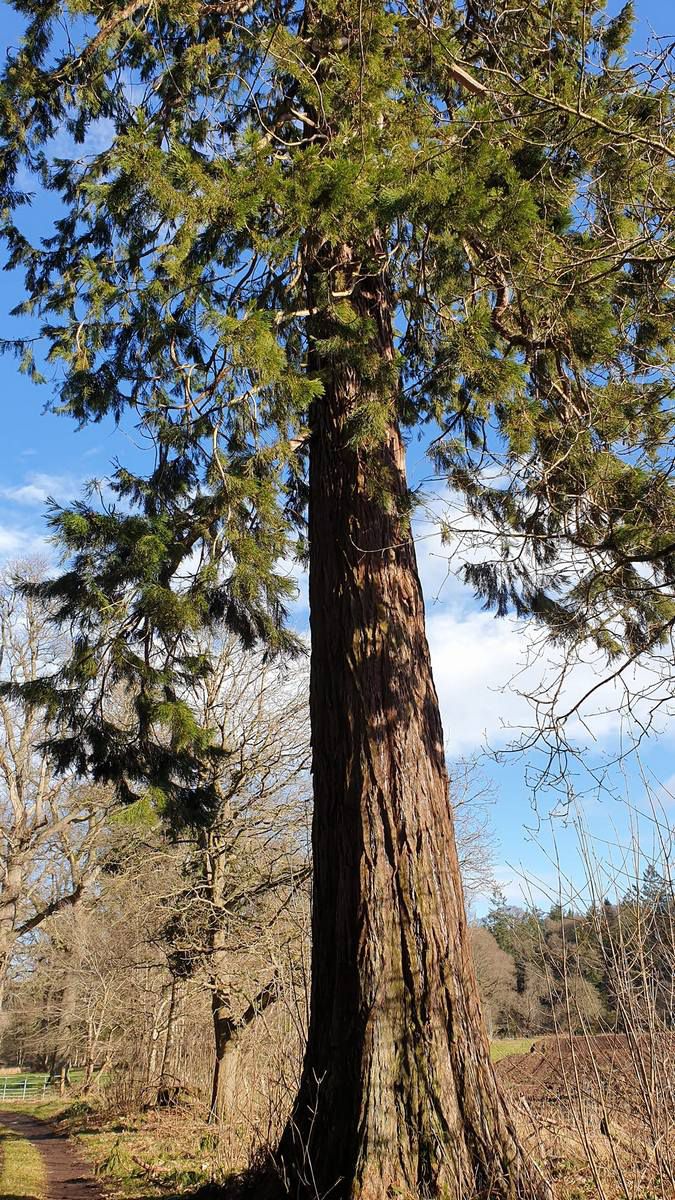