Alan Potter’s workshops started on Saturday 12 September and continue until Sunday 20 September. With just two days underway the attendance has been good and more than eight folk have been involved in making a mosaic.

Alan Potter is keen for folk to attend and share their stories and heritage information to assist him in reflecting the local heritage in his Mosaic work.

Alan’s commission is to produce a large Mosaic in Laurencekirk and he will help the communities to design one for their area, which they can then produce. The end result will be the creation of a Mearns Mosaic Trail.

Alan has worked with many communities where they have carried on the project following his commissioned involvement.  The Mearns Mosaic Trail lends itself to be added to as communities wish. 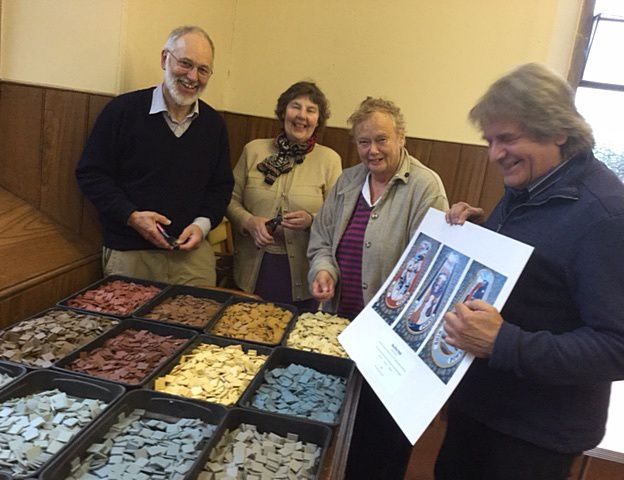 Alan Potter introducing Mike Robson, June Melvin and Marjorie Stewart to the art of Mosaics at his workshops in the Burgh Buildings, Laurencekirk.