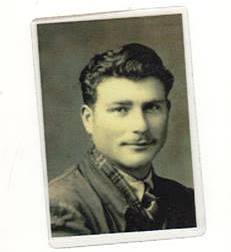 During the Second World War, Northhill near Laurencekirk was the site of a prisoner of war camp, and we’ve had an appeal for information on one of its internees.

Italian Filippo Leggi was in the camp from 1943 to 1945, but stayed in the area for a few years after his release. He had a relationship with a widow named Margaret, who owned a hotel and restaurant in Laurencekirk, and they had two sons. Margaret’s surname is unknown.

During preparations for his and Margaret’s wedding, Filippo returned to Italy to fetch his parents, but was unable to return after problems with his papers and the death of his father.

He went on to have another son, Ennio, who has been trying for some years to find out more about his brothers in Scotland, and to arrange a family reunion.

If anyone knows about Filippo or his descendants, please get in touch at admin@laurencekirkab30.co.uk and we will pass on your message.