Welcome to the first Mearns Community Cinema article of 2019. As ever, it promises to feature a general recap of goings-on over the past few months at MCC HQ, a look ahead to upcoming events and, perhaps the portion that everyone is excited for – some highly in-depth expert investigative film journalism.

OK so what’s been going on with the MCC I hear you cry. We had a few showings at the back end of last year – Darkest Hour was fairly popular, Ocean’s 8 a little less so and our Christmas showing of It’s A Wonderful Life a little less so still. Unfortunately we still haven’t cracked the Christmas showings, although it was fantastic to see that the Mearns Library showing of Polar Express was a huge success. We did steer clear of a festive showing a couple of years ago with the thought that people’s schedules are usually pretty full in the lead-up to Christmas, but we thought we’d give it another go last year. We’ll get our thinking caps on for this year, but any ideas you have would be very welcome.

To this year then, the volunteers of the group decided to have a well-earned break over the first couple of months of the year, but were back at the start of March with a bang. Bohemian Rhapsody pulled in our biggest audience yet, we had over 250 keen Queen-ers in to see the film, and the feedback from the showing was excellent. We had anticipated a big crowd, especially as the demand for tickets was unprecedented in the lead-up, but the fact that we were not that far off filling the entire auditorium is simply incredible. We have to say a huge thank you to all who attended – firstly for coming along to support the project, but also for your patience with getting hold of tickets, we worked as fast as we could to restock tickets at different outlets and the library and Post Office again did a fantastic job of selling them.

We’ve got another couple of showings lined up – one for the school holidays, The Incredibles 2 (this has already been and gone, things move fast at the MCC!), and one later on in April, Mary Poppins Returns. Keep an eye on the cinema Facebook page for full details. There will probably not be a showing in May due to the theatre being set up for exams (those poor kids…), but we already have plans afoot for a June showing and a special event in July – details on these will again be available on the Facebook page in due time.

This month has also seen the first Mearns Community Cinema AGM take place. It was a good opportunity to review the last 12-18 months and take stock of where we started, where we are now and the progress we have made in that time. When the group became a separate entity to the council in late 2017, it did feel like we had a mountain to climb – not just to get the group up and running independently but also to ensure that it was maintainable and sustainable. The fact that the group is still going strong is testament to the unwavering dedication of the crew of MCC volunteers, the strong support of the local community and the assistance of the Community Learning & Development department at the campus.

There was also a slight recast in a couple of the roles within the group. Due to family commitments, I have decided to step down as Chair – I never really paid heed to warnings beforehand but I can now solemnly confirm that yes, once you have 2 kids there is no such thing as ’free-time’. Our previous secretary, Ian Cormack, or Mr Cormack as you may know him from Fettercairn primary and as he forces the group to call him during meetings, will be taking on the Chair role. His enthusiasm and buckets of ideas will undoubtedly help the group to progress even more so. I was joking about him forcing us to call him Mr Cormack, although now he’s the Chair, you never know…. With the Secretary post therefore left vacant the library’s very own Jill Reid, or Miss Reid as you may know her if you’ve ever returned a book late or tried to eat in the library, has taken on the role. Jill’s dedication, warmth and desire to reach members of the community will continue to be a major asset for the group. Personally I would like to thank the committee and other volunteers for all their incredible efforts over the past year and a half which has made my job as Chair relatively easy and all the more rewarding. Don’t worry though, I’ll still be on article duty, how else would my meanderings make it out into the public arena? You can take my committee office bearer role but you’ll never take my keyboard….

Oh would you look at that, we’ve run out of time for that in-depth expert journalism, perhaps next time…. In the meantime, as always, we look forward to seeing you at a future showing and always invite feedback, suggestions or film-based discussions.
Jamie 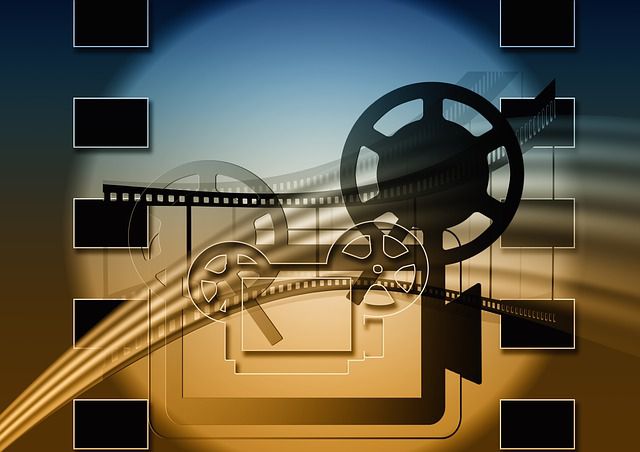