Mearns and Coastal Healthy Living Network gardening group have been working in partnership with Laurencekirk primary school gardening club on an inter-generational gardening project, which includes planting the tubs at Laurencekirk train station.

MCHLN are the train station adopters for Laurencekirk under the ScotRail adopt a station scheme, and have been planting the tubs at Laurencekirk station for over 3 years now. This season’s theme is “Colours of the Rainbow”, and the plants in each tub have been chosen to represent the rainbow colours. The groups have also been very creative in decorating signs for each tub to represent the theme. An information leaflet has been prepared and put on display at the train station and distributed locally in Laurencekirk.

ScotRail representatives John Yellowlees and Steve Ewen met with the group at the train station to admire their work and to show their appreciation by hosting a lunch. ScotRail external relations manager John Yellowlees, who hosted the lunch, said that the train operator had been delighted to have this opportunity of showing its appreciation of the commitment by MCHLN to keeping Laurencekirk Station cheerful with colour-themed planters. “We are pleased,” he said, “that the station provides a platform for the promotion of active and fulfilling lives among the older people of the Mearns”. 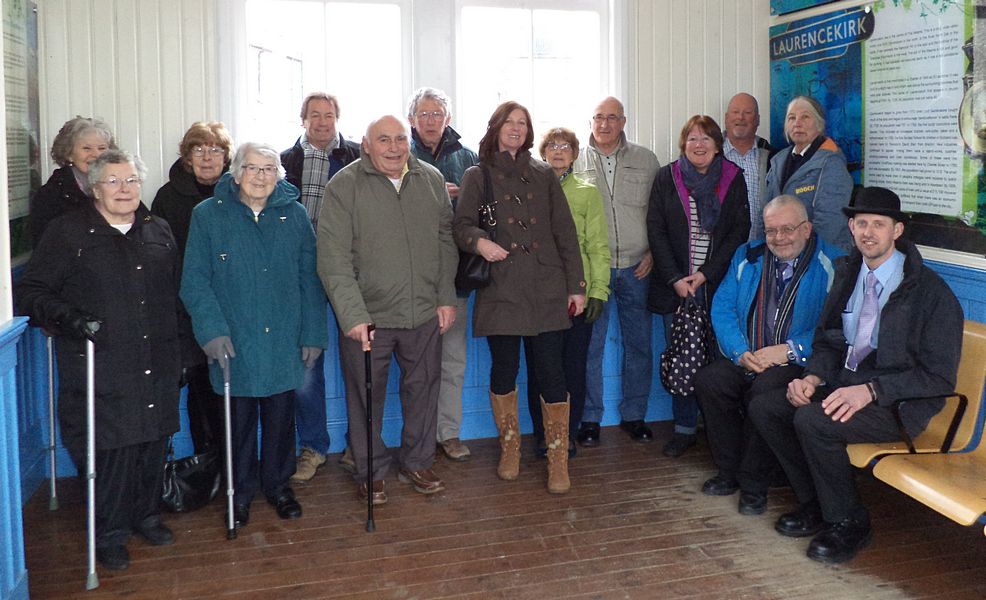 The gardening group is hoping to generate more interest in the Laurencekirk community becoming involved with the work days at the train station, which will be advertised there.

Mearns and Coastal Healthy Living Network also provide a garden maintenance service for older people, and are currently looking to recruit some more part-time paid gardeners to help with the work.