VIC attends second hearing of A90 junction petition at Holyrood 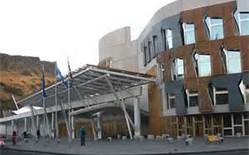 On Wednesday 20th March Jill Fotheringham’s Petition was given a second hearing before the Capital and Infrastructure Committee.

The committee of MSPs includes Alex Johnstone from the Mearns and Nigel Don MSP was also able to contribute as the elected member for this area.

The consistent arguments put forward by both VIC (Villages in Control) and the local representatives were given a sympathetic hearing from the committee but Transport Scotland’s spokesman was unable to give clear reasons as to why an upgrade had not been approved in a situation which clearly warranted urgent action.

If you have had problems with the south junction please tell your MSPs (and we’ll listen too!)